A Guest Post by Dr. Venugopal Gouri (The Author)

I lost one of my best friends on the “All Souls Day” (2nd Nov 2014) in an unfortunate turn of events in October 2014, as he was laid low by a Streptococcal infection (caused by staphylococcus bacteria) that led him to septicemic shock (severe blood infection + abnormally low blood pressure). Dr. S.G. Venkatesh, a Research Scientist at the Cardiovascular Stem cell Research Center at the University of Louisville, Kentucky, USA was a happy, cheerful person bringing joy to all the people around him and his loss is being painfully felt by his family and friends. For someone who never cried, cribbed or complained as evident by 30 years of our friendship, the cruel hand of fate did him in, much to our chagrin. Coming as it did in the same year when the World Health Organization (WHO) had declared the year 2014 with a focus on antimicrobial resistance; it was a rude shock.

I am not here to tell you a poignant tale but trying to veer your attention to an unfortunate outcome of what could have been preventable. Well, to tell you a little gist of the problem this gentleman had: One fine evening in the last week of October, he complained of a little feverishness and being a little under the weather, was coaxed to take an anti-pyretic  and as there was no change by the next day he was attended to by his Primary Care Physician. By this time he had developed a pain in the thigh akin to a painful sting of a wasp. His physician advised him to carry on with the same medicine and an antibiotic that would keep his fever down, terming it as viral pyrexia and asked him to increase his electrolyte intake. The ensuing night was terrible as the fever turned high grade (>103 degrees Fahrenheit) and the painful area simply prevented him from the moving the limb even a little.

He was in prostration and just had to be rushed to the Emergency. This was only the third day of the fever but the infection had taken its toll. The blood pressure sank and so did the electrolytes. He developed a difficulty in respiration within a couple of hours of admission into the hospital and needed a mechanical ventilator (artificial breathing machine) to keep up the respiratory rate. Within 6 hours due to the medication that was given to push up the blood pressure the kidney function that was already under the stress further dipped and he needed to be on dialysis (blood filtration outside the body using a machine) right away. As a reasonable blood pressure needs to be maintained for dialysis to be properly performed it turned ineffectual.

In spite of the emergency that the infection created there was still no trace of the cause. Since he had complained of a severe pain in the thigh a Surgery was done to explore any change. There it was a collection of pus which was promptly drained out and left to heal. The collection was sent for culture and he was promptly started on antibiotics for a Necrotizing Fasciitis  (skin infection leading to inflammation, gangrene and necrosis), probably due to a Streptococcal infection. But the changes that were brought on by the infective agent had already taken over the system of the body. This was a state of septicaemic shock and all the vital organs were under its sway. It was only the sixth day of the onset of fever and he succumbed to it. A close associate of his; an Infectious Diseases Specialist rued the fact that the antibiotics did not rise to the occasion as otherwise, he would not have slipped into shock so early and easily in spite of the virulence of the organism. Alas, it was not to be.

Why and how bacteria become resistant to antibiotics?

This does beg many a question.

HOMEOPATHY – AN ALTERNATIVE TO ANTIBIOTICS

It could be a little surprise for the readers, for a homeopath to talk about antibiotic resistance.

But the fact of the matter is if homeopathic medicines are employed to treat in primary healthcare, the use of antibiotics would reduce significantly and there would be little chance for them to lose their efficacy and can be saved for a bigger battle! [click to tweet]

Having raised a few queries; it is not an attempt to have a pessimistic view of the subject or shedding a tear in despondence. It is a responsible attempt of a homeopath to bring to the world health community as to how to ensure antibiotics remain effective!

Homeopathic medicine could be a blessing in disguise as it will lead to significant decrease in the need for antibiotics and when the need arises they are up to the task of exterminating the bacteria and protecting the body.

The homeopaths of the globe are all equipped with evidence to prove the efficacy and all passion for healing the world and stand by the WHO and the ailing sick to keep at bay the infections with simple homeopathic remedies sans any side effects while the antibiotics underused on the shelf retain their efficacy when the situation demands. The search for new molecules of antibiotics can be pursued parallelly.

The family and friends of Dr. Venkatesh pay heartfelt tributes for his soul to be in peace and wish that such a predicament does not befall a bright life, not in the least to succumb to an eminently once-upon-a-time-easily- treatable Streptococcal infection.

About the Author: Dr. Venugopal Gouri

Dr.Venugopal Gouri BHMS, MD is in clinical practice since 1993 in Hyderabad, India. He has published more than 500 articles in the National Newsdaily, The Hindu on Homeopathy for awareness to the common man. He has a research publication to his name, “Carcinosin 30c Protects Islets Against STZ Induced Beta Cell Dysfunctions” with World Journal of Pharmaceutical Research. He is serving Homoeopathic Medical Association of Telangana (HMAT) as General Secretary and Associate Editor, Medicina Futura Homoeopathica, a monthly journal from the house of HMAT. You can write to him at drvenugopal@hotmail.com.

The Copyright of this article is reserved with the author. All opinions are that of the author.

Read this article on desktop/laptop exactly the same way as it will look-like on a mobile device (clutter-free, free of menus and widgets)

This Guest Post is the 22nd in the GUEST BLOG SERIES.

Visit Dr Nancy’s Homeopathic Clinic, Gurgaon if antibiotics have failed to cure the bacterial infection or if you wish to avoid taking antibiotics.

We would like to hear you. Submit your ideas, opinion and suggestions. Comments are moderated. Cancel reply 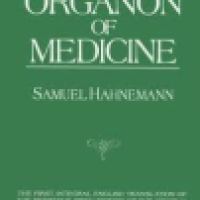 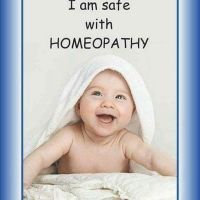 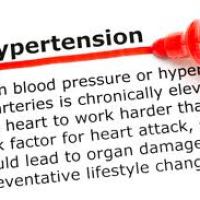