[1] In 300 B.C., Hippocrates was accused by his colleagues; he was called dung-eater, because he so carefully took note of the character of the fecal and waste material. In 162 A.D., Galen, who guided the ideas of medical knowledge, was persecuted by the doctors of his time that he was forced to leave Rome. In 1600, Harvey, faced the most violent opposition, when he made known his discovery of the circulation of the blood. He was declared to be insane! In 1831, Hahnemann was announced as a charlatan, and it was a deadly crime to admit articles favourable to Homeopathy!

In Hahnemann’s era homeopathy practitioners were bullied by confiscating their medicines, enforcing hefty fines on them, and to take them to the court on a regular basis; for instance in the year 1820 in Germany, one homeopath was involved by some allopathic physicians in a very stressful lawsuit lasting several years, even though it ended favorably for him.

Hahnemann and his family were targeted by continuous harassment as his successful cured cases grew. The majority of physicians were angry at homeopathic system, and the root cause of their anger was a growing fear. Hahnemann declared that

“it must some time or other be loudly and publicly said, so let it now be boldly and frankly said before the whole world, that medicine requires a thorough reform from top to bottom. What should not be done is done, and what is essential is utterly neglected” [2]. [click to tweet]

And to anti-homeopathic activities he responded:

“How is it possible that a traditional true practical medicine, if there be such a thing, could ever suffer damage from the private opinion of a single man like me? What would it have to fear from a little book of not many pages like my Organon of Medicine?”

[1] As homeopathy has bloomed throughout times so has the aggression towards its practitioners. Another interesting case example is in the year 1852 in a state of New York; an allopathic doctor denounced a young Homeopath located in his neighbourhood as a quack and consistently offended him. The allopath was brought before a court of justice on the charge of insult and abuse. The case turned upon the definition of quack, and the applicability of that definition. The quack is an ignorant pretender to knowledge. The homeopath provided his certificates and diplomas, proving that he had received a good medical education. The quack is a vendor of secret medicines. The homeopath secreted nothing and deceived nobody. The definition was exhausted; it did not fit the case; therefore allopath was guilty of insult and abuse. The judge imposed a heavy fine on the allopathic doctor.

Despite all negative campaigns against homeopathy, let me tell you that so far time has been the best judge to reveal the true healing power of homeopathy. Well, this is mainly because this medical system is founded on nature’s solid principle, thus body’s vital force and natural defence mechanism, naturally appreciates homeopathic medicines. Hahnemann said that “our principle is, like the light, one of the grandest truths of nature” [3], however, Hahnemann also stated that

“never take anything for granted, nor receive anything in any science as a truth, until you have investigated it for yourself” [4].

Dr. Constantine Hering agreed with this quote and said: “It is the genuine Hahnemannian spirit to disregard all theories, even those of one’s own fabrication when they are in opposition to the results of pure experience” [5].

[6] Indeed Hering’s biography is very interesting; in 1817, he was sent to an academy in Dresden where he studied surgery. For nine years, from 1817 to 1826, Dr. Hering’s life was the life of a student. He was nick-named by his fellow-students “Wisent”, on account of his energy to studying. He struggled long with poverty and his hardships were many. He first became interested in Homeopathy when engaged to write against it. His work was to be published by Baumgaertner. Then he examined the Materia Medica of Hahnemann. When nearly done the book, he came across Hahnemann’s challenge: “Disprove, ere you condemn!” He continued his investigations.

[6] Some mysterious agency seemed to him to lead him on to the belief that Hahnemann had found the truth. The book was never published. An old friend, an apothecary, was delighted to hear that he was writing against Homeopathy, but when he went to this friend one day for a tincture of Peruvian bark, wanting it, as he told the apothecary, for a homeopathic proving, the man of the shop said: “My young friend, don’t you know there is danger in that?” Constantine replied that he was a student of mathematics and believed he could distinguish the true from the false. From that moment his old friend and other friends turned their backs on him. They said he was crazy, and he became, as he said, a fanatic in the cause of Homeopathy!

[6] A remarkable personal experience had a decisive effect on his conversion to the new therapeutics. In making an autopsy on the body of a suicide exhumed by the authorities, he was so unfortunate as to take into his system, through one of his fingers, some of the poison engendered in the decomposition of the dead. After some days the wound became gangrenous. Leeches, calomel and caustics were of no avail. Amputation as a last resort was rejected, as the loss of his hand would be fatal to his profession, and he would rather die than suffer it. He was at the time still under the old impression that it was absurd to suppose external diseases to be within reach of internal remedies, and he met with ridicule the proposition of an older disciple of Hahnemann to treat him with homeopathic pellets.

Nevertheless, to please his friend, but with no idea of receiving any benefit, he consented to take minute doses of Arsenicum Album. With the sense of relief that came to him as the wound began to heal, the light of the new art of healing broke upon him. He said:

“I owed to it far more than the preservation of a finger. To Hahnemann who had saved my finger, I gave my whole hand, and to the promulgation of his teachings, not only my hand, but the entire man, body and soul” [7].

Here is another powerful quote from Dr. Hering:

“I was dependent upon the school for support. I went to the place where my weekly expenditure was paid and asked for the allowance that was due me. I received the money, but was told that I should have no more unless I gave up dabbling in Homeopathy. I resented this insult by throwing the money which the chief of the institution had just paid me, at his feet, at the same time exclaiming: I shall never touch another penny of this money. From that moment I never suffered. As long as I live I will work for Homeopathy with all my power.” [5]

He no longer suffered and his success continued.

Despite more than 200 years of testimonial records and clinical evidence, bigotry and biased media against homeopathy continues, but truth prevails, and as Hahnemann said:

About the Author: Iman Navab

Iman Navab is a certified classical Homeopath and historian of homeopathy from Canada. He is the President of The Applied Research in Homeopathy Foundation of Canada. Iman gives lectures and seminars to raise awareness about the philosophy and rich history of Homeopathy.

The Copyright is reserved with the author (Iman Navab). All opinions are that of the author.

The above Guest Post is the eleventh in the GUEST BLOG SERIES and second by Iman Navab. For reading previous Guest Posts check out https://drnancymalik.wordpress.com/2012/08/23/guest-blog-series

His 170th Birthday falls on 26th Nov 2019. He graduated from Hahnemann Medical College, Philadelphia, 1880. He was a Professor of Materia Medica at the University of California. Read/download his 4 books on Homeopathy 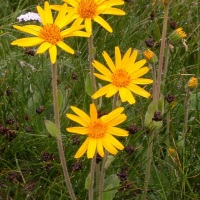